The Itsekiri Male Attire Looks Great on Our FONDCUP 2022 Host

The Itsekiri Male Attire Looks Great on Our FONDCUP 2022 Host

Mr. Efosa flagged off FONDCUP 2022, with the introduction of the region and the Face of Niger Delta Cultural Pageant.

Mr. Efosa, who is an Edo man, dresses in an Itsekiri man’s attire, to symbolize our unity, love and diversity in the Niger Delta region.

The Itsekiri people are of very mixed ethnic origins. They are mostly related to the south-Eastern and South-South Yoruba groups.

The men traditionally, wears a shirt called Kemeje, ties george wrappers around their waists, then, adorn their necks with coral beads and chains. They wear a hat with a feather stuck to it.

Therefore, The Face of Niger Delta Cultural Pageant organizer (Ethel Women Initiative), decided to adorn the host with this beautiful attire, to show to the world, that we are here to preach peace, love and togetherness, among the Niger Delta People.

We are one family. Thus, some of FONDCUP’s major objectives, is to bring unity and development among the Niger Delta People. 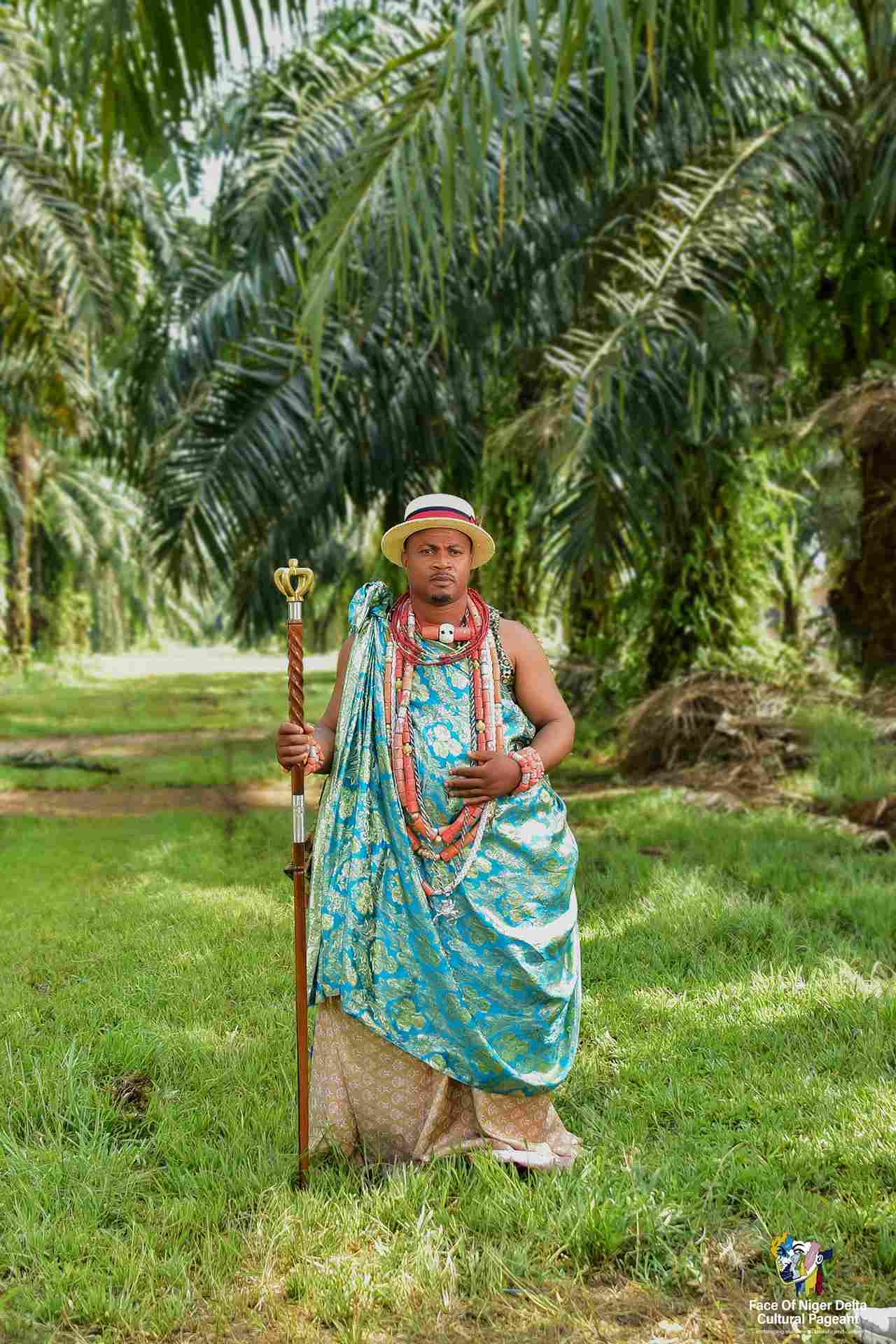 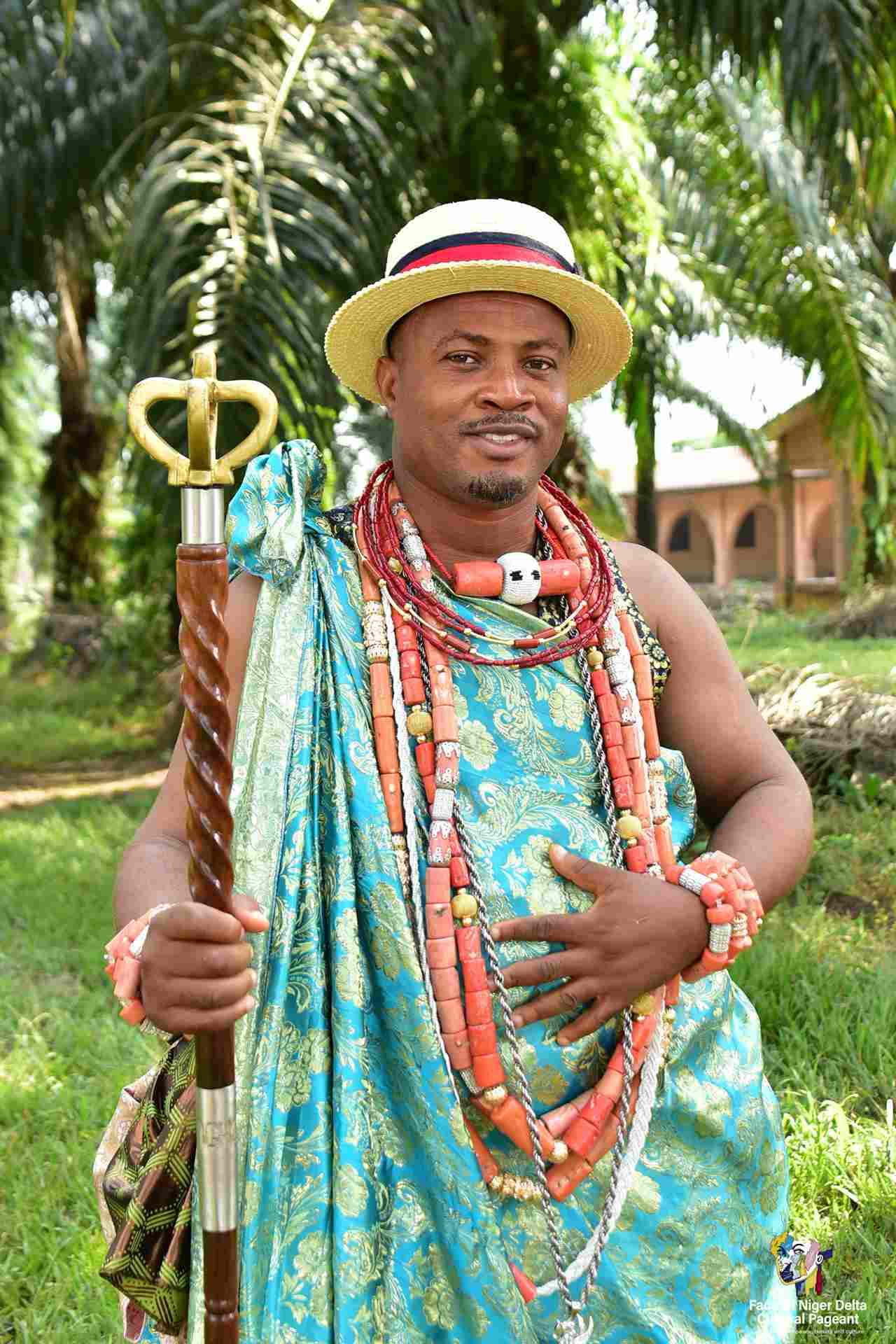 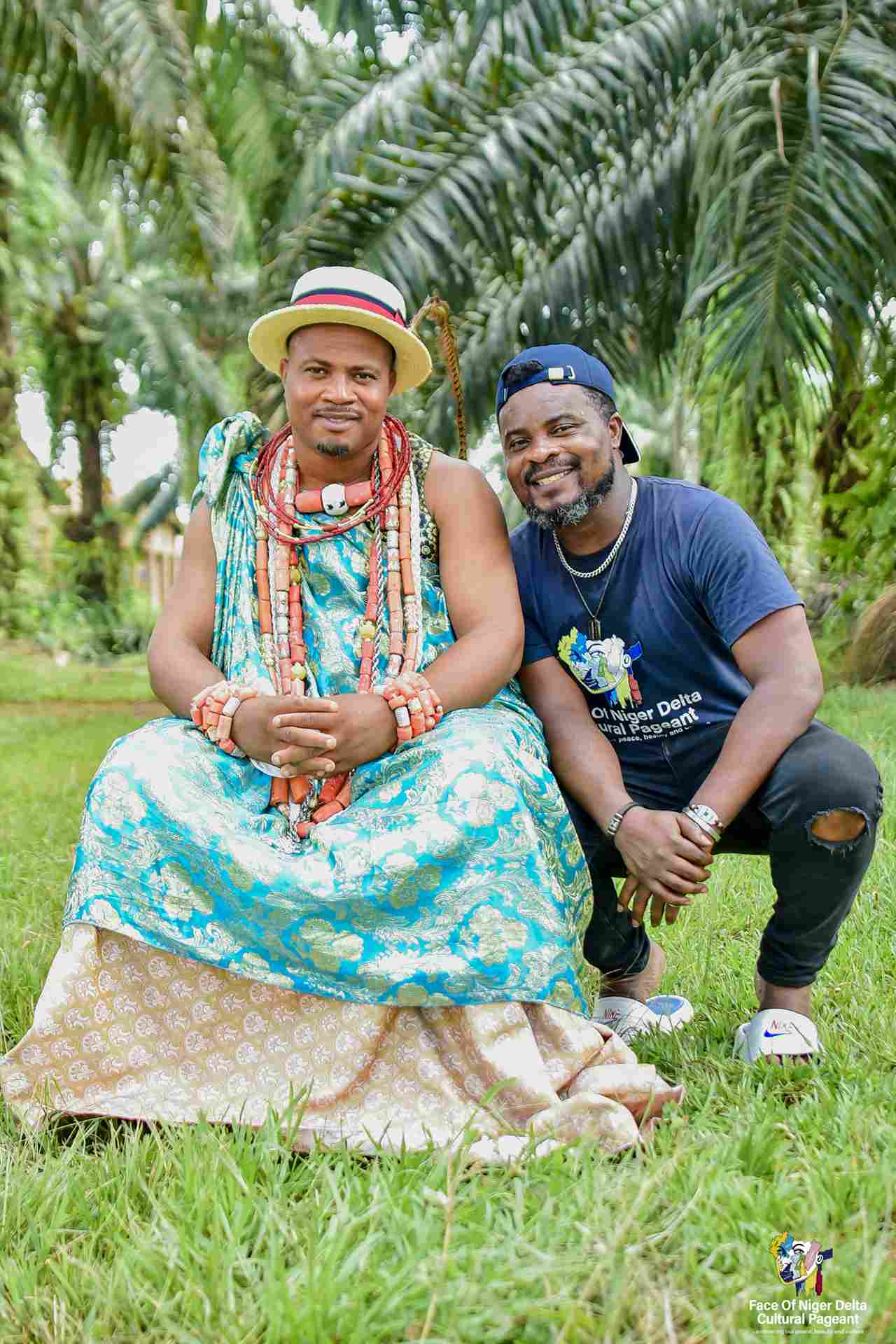 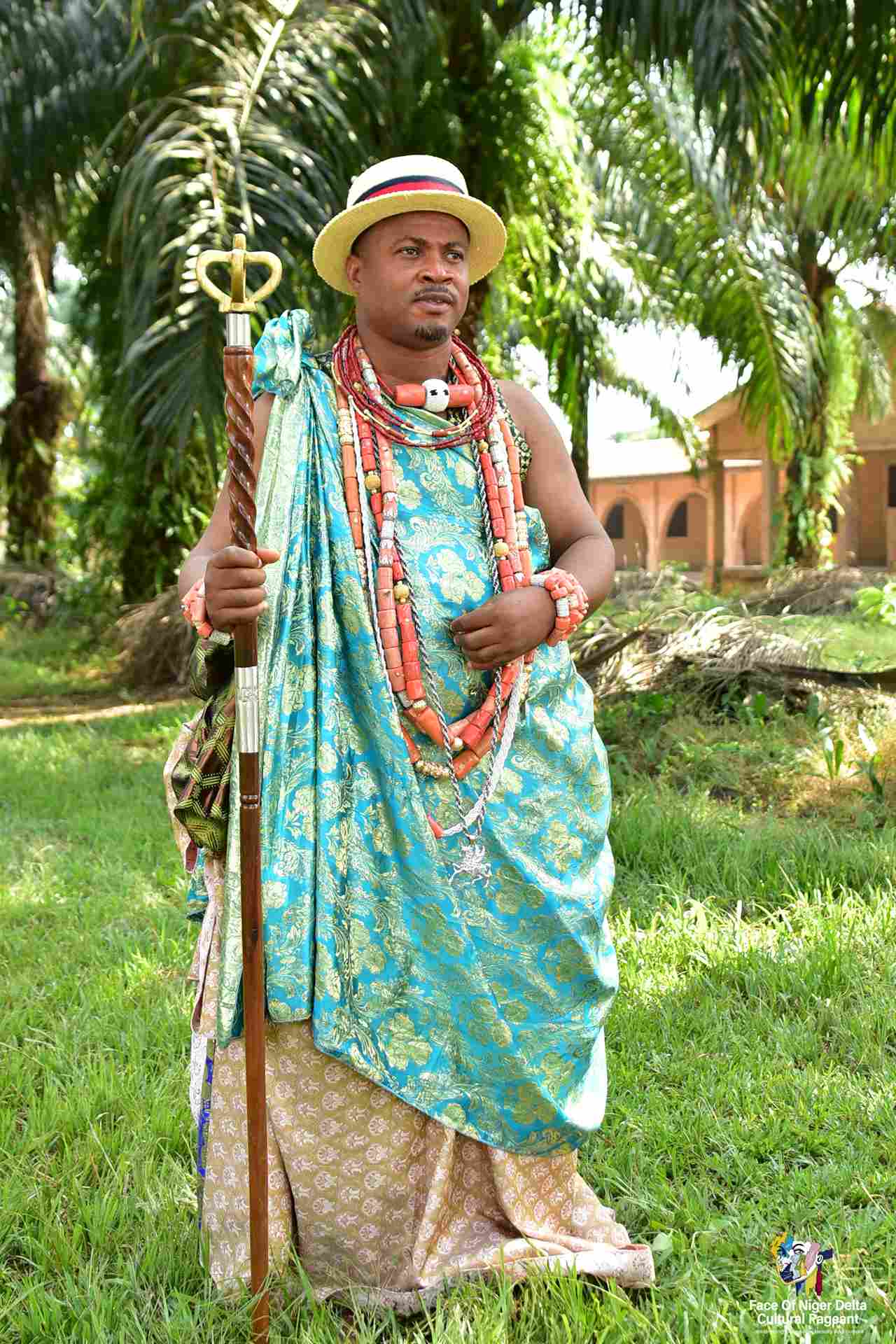