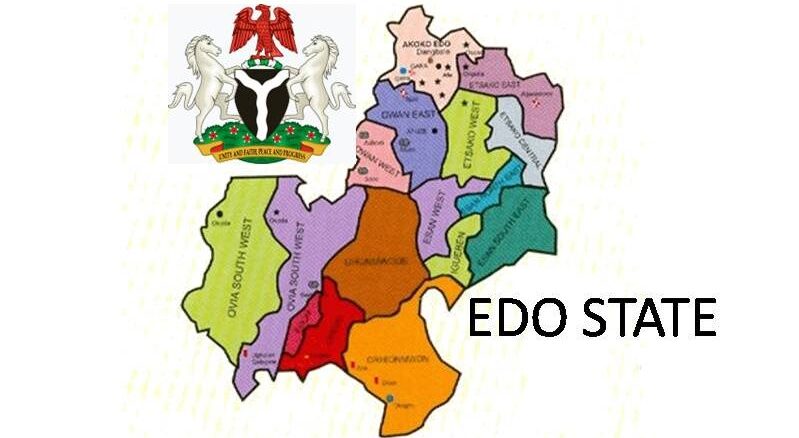 Famously remembered as the seat of power of the ancient Benin Kingdom, Edo state is fondly remembered across the country as one of Nigeria’s richest cultural centres. Formerly part of Bendel state, Edo State is located in the southern part of Nigeria and is among the states that make up the rich Niger Delta region.

The 18 local government areas play home to the state’s 5 major ethnic groups: Benin, Afemai, Esan, Owan, and Akoko Edo, with the Benin speaking people occupying most of the state.

Edo State is bounded by Kogi state on its North-East axis, Anambra to the east, Delta to the South-East and South, and Ondo to the West and North-West.

OCCUPATION OF THE EDO PEOPLE

Renowned as the rainforest habitat, agriculture is the mainstay of Edo state’s economy. Major cash crops include rubber, timber, palm, and cocoa; while yam, cassava rice, and maize are grown as food crops.

The Edo people are also known for more than what they do on the farms, with their crafts gaining worldwide recognition and appeal. Some of the Edo arts and craft works include; brass work, ivory, and wood carvings, which portray their rich cultural and traditional heritage. Notable Edo art pieces include the mask of the Queen Mother (Idia) and a collection of historical art pieces called the Benin bronzes.

BELIEFS OF THE EDO PEOPLE

The Benin Empire is built on a very strong and long-standing ancestral spiritual foundation. The spirituality of the Edo people is hardly surprising. Rituals include honoring their ancestors by offering a part of the food and drink to their ancestors that are long gone before they consume them.

The Edo people strongly believe in Ehi (destiny); that there is no chance of changing what Osanobua (GOD ALMIGHTY) has predestined for every individual, and that a successful person has a good spiritual compass.

As one of only a few traditional institutions that continue to thrive despite the advent of civilization and democracy, the Edo monarch is hugely influential in the Edo socio-political sphere. While many may argue otherwise, the gods may very well have a hand in the continued success of the Edo people.