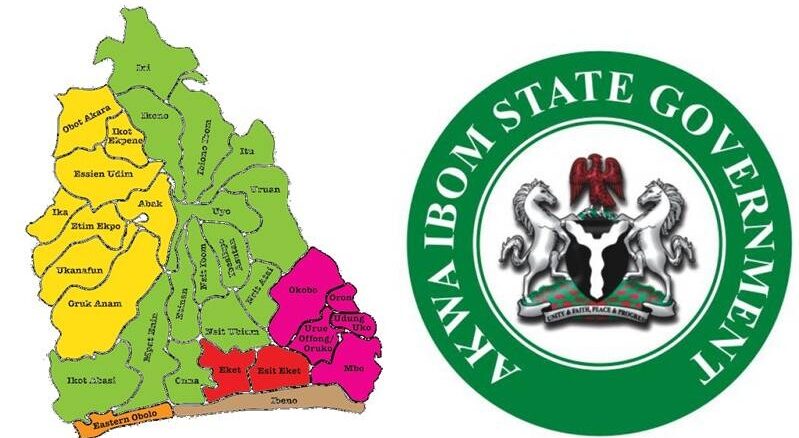 Created after a prolonged struggle by the people who occupied the mainland part of the former Cross River State, Akwa Ibom State was created on the 23rd of September, 1987. The creation of the State was a mark of justice, having been left out in earlier state creation exercises despite leading in the struggle for state creation in Nigeria, through the Ibibio Union – a foremost socio-cultural organization that served as a unifying platform for the people of this part of Nigeria. Akwa Ibom is currently the highest oil-and-gas- producing state in the country. The state’s capital is Uyo, with over 500,000 inhabitants. Akwa Ibom currently covers a total land area of 7,249 square kilometers.

The people of Akwa Ibom State are culturally homogenous with a common identity and are reputed to be the first settlers in the present-day South-Eastern Nigeria. The three major dialectal groups are Ibibio, Annang, and Oron. Other sub-groups include Eket, Ibeno, Itu Mbonuso, and the Andonis. English is the language of government and business. With over 31 local government areas, Akwa Ibom is a state in Nigeria named after the Qua Iboe river and located in the coastal South-Southern region. The people are predominantly of the Christian faith.

Akwa Ibom is often described as a uni-cultural State where norms, taboos, customs and traditions are the same. The folkways may vary from one ethnic grouping to another, but the operational cultural norms are basically the same all over the State. The cultural similarities bind the people together especially in such areas as cuisines, dressing, dances, songs, rituals, folklores, beliefs, and myths. Almost all aspects of its culture have potential to provide fascinating experiences for tourists and for investment opportunities.

Uyo is unarguably one of the most amazing leisure destinations in the country with a lovely climate and an environment that boasts of a scintillating seaside and beautiful beach resorts, Uyo, the proud capital of Akwa Ibom state, is a hot destination for people who want a lovely get-away experience. Other historical and tourist sites include: Le Meridien Ibom Hotel and Resort, Ekpe Festival, National Museum of Colonial History, and Akwa Ibom national stadium.